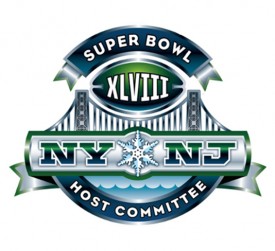 Super Bowl ads have long been considered the holy grail of advertising, but do they still deserve the elevated status? In today’s digital world there is an ever-increasing multitude of ways to reach people and only a handful are with traditional media advertisements.

More and more large companies are funneling advertising dollars into the internet vs. traditional marketing and getting a bigger bang for their budget.

The question many businesses are asking themselves now is – is it worth it to spends thousands, even millions of dollars on traditional media? Do you have the resources to produce advertising that will steal the show because that what it takes? 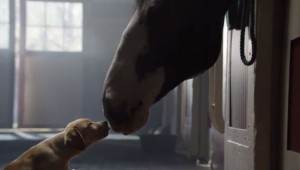 Consider that a 30 second ad in this year’s Super Bowl will run $4 million. It is unlikely that most businesses will see an immediate spike in sales that return their investment quickly, but still for some companies, like Budweiser or Ford,  it is worth it to put their brand out on the national stage with millions of viewers. It also offers a place to showcase a brand’s voice and creativity in a place where setting a higher bar for creativity is expected, like Budweiser’s 2014 “Puppy Love” video.

However, many companies are actually rebelling against the super expensive Super Bowl air-time in favor of digital marketing to connect with consumers online.

Newcastle Brown Ale’s “If We Made It” is a perfect example of redirecting marketing efforts (and dollars) away from the Super Bowl and into the digital arena with great results. The campaign centers around the idea of a ridiculously over the top Super Bowl commercial that they couldn’t afford to actually make, making fun of traditional game day ads at the same time. The result is a much more engaging and sharable set of ads than traditional media offers.

Many other companies are using digital marketing to augment their on-air Super Bowl ads as well. Volkswagen of America and Audi USA have both released their Super Bowl ads online already, featuring them on their respective home pages. The benefit of releasing the ads online before the game is that the companies can enjoy the hype and endless reposting that coincides with viral internet video. This way they can reach all 100+ million Super Bowl viewers as well as the more than 2 billion people that use the internet world wide.

The Sochi Olympic Games, only 7 days after the Super Bowl, are also creating an interesting situation for the big game this year. The Super Bowl is usually regarded as the ultimate way to reach Americans, however Nielsen reports that nearly 220 million Americans watched the 2012 London Olympics – more than double what Nielsen reports watched last year’s Super Bowl. The Sochi games will also have more than 1,000 hours of online broadcast from NBC’s online coverage to enhance advertising choices.

Putting together the perfect ad campaign for any brand is full of challenges. Combine the added financial and production challenges of trying to advertise in the Super Bowl and you had better know what you’re doing. Brand messaging, audience targeting and desired outcome are all factors that way heavily on any ad campaign and the desired results.

Caliber Media Group is an Internet Marketing Company that specializes in strategic marketing campaigns and internet consulting for business growth. We can make it simple. Give us a call today or visit us online for a free consultation.

Mobile Marketing – A Growing Trend With No End In Sight