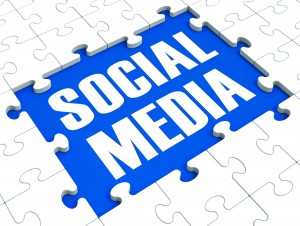 Social media networking has progressed steadily over the past few years and Twitter and Facebook in particular have been a big source for this growth.

1. Blend in to the Crowd

Sure it’s good to blend in sometimes but social media is definitely not the time be the invisible man, woman, or company. Social media is just that – social interaction with people interested in what you have to say or offer. To be effective, you have to stand out, be noticed, shared, tweeted and reposted. The one thing you don’t want to do is be in the shadows while others are out in the limelight being chased by a continuing flow of followers.

In this era of email, posts and tweets, an ignored message usually says “don’t bother me.”  This is not a good habit to get into.  If you receive an email or tweet that doesn’t concern you, take the time to respond explaining why you are not interested.  There is no reason to show bad manners and ignore someone who took the time to send you a message.  Find a good media manager to keep your mail in order.

3. Disregard Posts and Tweets that do not pertain to you:

You may not realize it, but just posting your stuff is narrow focused and can be boring to others.  We all like to talk – in this case tweet, post – about ourselves, but try to post useful information, fun facts or humor and turn the focus away from you.  Answer often, especially to your supporters and critics.

If you really want to turn off your followers, use foul language to color your social media. Unfortunately, many people use bad language in their tweets, posts and blogs because they think it is amusing, but all it does is take attention away from what they are trying to say.  Keep it clean, keep it professional; more people will pay attention to your post.

BIG no! People are interested in more than just text and links to other sites.  Keep your followers interested by including images in your posts, including tweets – a picture says a thousand words.  Keep your posts appealing by including visuals.  Use Visual networking and Twibfy to perk up your posts or a great image that makes people what to share your message. Not only do more posts with images get shared, people remember the image longer than the text.

If you are looking for a way to turn your followers off, just flood Facebook and Twitter with continual posts.   Don’t post in a fast chain – then stop for lengthy periods. Plan ahead and give your supporters some breathing space between posts.    Give your posts continuity so you followers have something to look forward to.

Post boring and repetitive information if you are looking for a way to get your supporters to stop going to your site.  You don’t want to be too argumentative, but you don’t want to be too conventional either.  Mix it up – give your followers something to think about and open a chat.  They don’t have to agree with you, but if you open a dialogue, you will probably get more responses than you expect.  Most people like the challenge of a good debate; and you might be surprised to see how many jump to your defense. Oh…and break it up with a little humor from time to time so people know you don’t take things seriously all the time.

Social Media is about engagement, enjoyment and choice – it’s about Pull vs. Push. It is about creating buyers or an audience that enjoys, shares, and choses to be a part of your offering. People do not want to be sold (Pushed) on social media…they want to be entertained, engaged, and appreciated. It’s a new world where your potential customers opt-in, not because you persuade them, but because you understand them. If your social media has more than 20% “ads / sales pitches” than you are misusing the medium.

If you keep in mind that social media is not a sales tool, it’s a customer creation vehicle by earning respect, loyalty and being share worthy – pulling  your customers and their friends to you., you will see results. Passionate followers are the key to sales growth, not pushing your offering on people.

Top Ten Reasons Why You Need a Business Blog

5 Ways To Get a Business Blog Started